Oregon Cascades West Council of Governments is supporting the City of Albany in making service improvements to the Albany Transit System. The Transit Development Plan was approved in 2018 and outlines short, medium, and long term scenarios for expanding Albany’s transit service as funding becomes available. Increases in state transit funding have allowed Albany to move forward with the medium-term scenario, and this project will develop a detailed strategy for implementation.

Following feedback from public outreach, the project team has refined the bus routes, to the four routes shown on the map below.

Route schedules and stop locations are still being finalized. 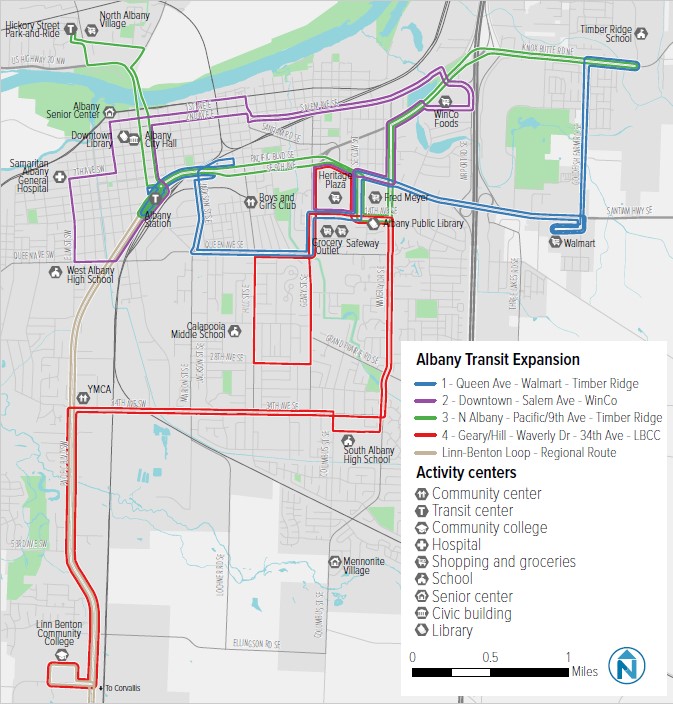 Albany aims to implement the enhanced service this fall.